Kuassa has released an update to its Amplifikation 360 virtual playground for guitarists. 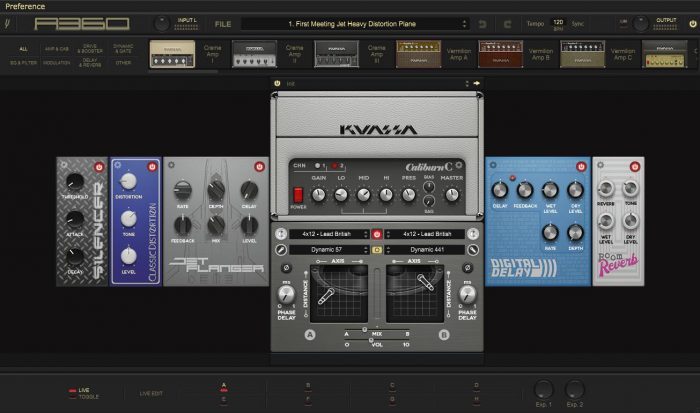 Amplifikation 360 is a modular “playground” for stacking pedals, amps, and cabs to create the perfect sound you want. Immediately combine every Kuassa guitar plug-ins you own inside Amplifikation 360.

Try routing Matchlock‘s Amp with Caliburn‘s Cabinet, add a series (and parallel routings) of Efektor pedals to get that spacey shoegazing wall of sound, bigger than live djent riffs, or even a trippy psychedelic leads.

The update is available as a free download. The plugin supports VST/VST3, AU and AAX formats.