KV331 Audio has released version 2.5 of SynthMaster, a semi-modular synthesizer and effect plug-in for Windows and Mac. 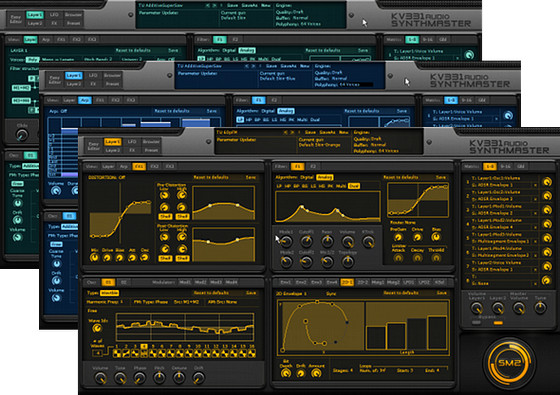 SynthMaster 2.5 is available to purchase for the introductory price of $99 USD until October 15th, 2011 (regular $129 USD). Academic licensing is also available for students, teachers and academics for $59 USD.

Following the release of SynthMaster 2.5, KV331 Audio will start releasing preset expansions for different genres. The first expansion pack will be Rob Lee’s House/EDM expansions, scheduled for release by the end of November 2011.