KV331 Audio has announced a new major update to its SynthMaster One iOS wavetable synth app. 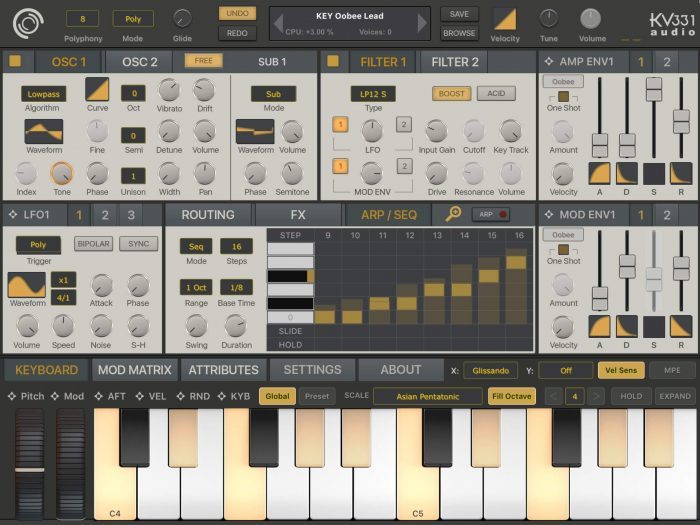 Version 1.3 goes universal, running on iPad and iPhone devices as standalone and also as an AUv3 extension.

Changes in SynthMaster One iOS v1.3