KVR Audio’s 2016 Developer Challenge has reached the voting stage. A total of 41 plugins, apps and soundware were submitted.

AutoTonic has joined the contest with a Player version of its “Modal Note Transposing” software for Windows and Mac. 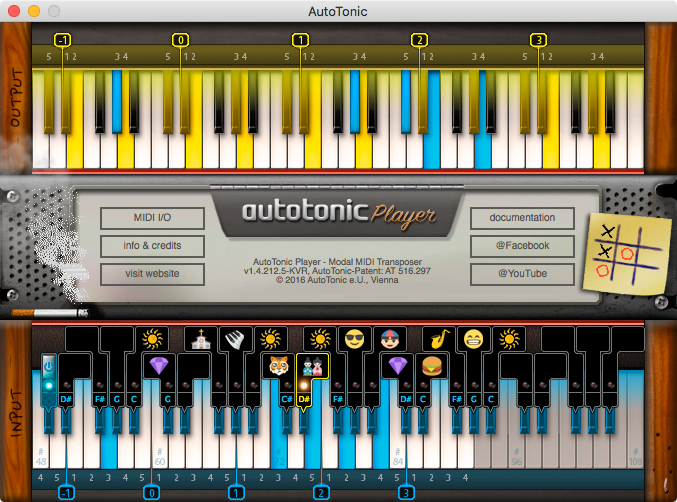 This free version uses emojis for the scale names which make AutoTonic Player even more expressional and unique to use. By ‘playing only on white keys’ and loading new mappings by the use of your black keys you have full control over new Tonic/Scale-combinations and simply can enjoy – for unlimited time and without any restrictions – the full power of modal transposing (which allows ‘scales with any count of intervals per octave’). 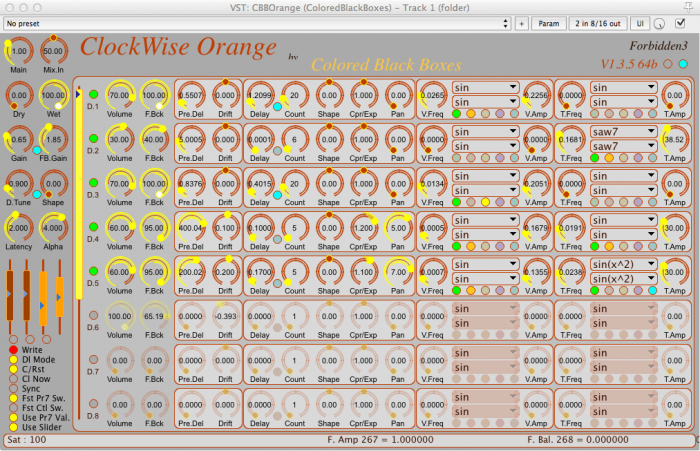 With its multiple controls, it lets you perform many sound transforms which are well adapted to electroacoustic music.

More than most traditional plug-ins, it is very convenient in live or interactive situations, since many interesting phenomenon appear while you interact with one or many of the parameters.

Plekton offers Devicer, a VST plugin for Windows offering a simulation of 16 different devices such as a turntable, VHS videorecorder, guitar amp, AM radio, and lots more. 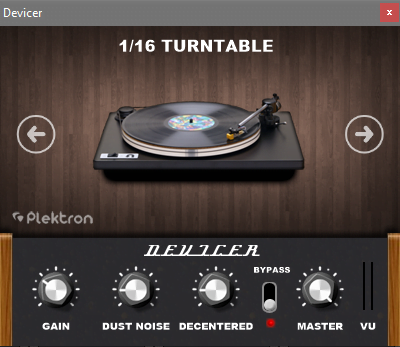 This multi-fx plugin highlights the positive and negative aspects of the various devices and you can customize the character of each of it through two basic parameters.

This plugin can be used on the master channel, on individual tracks to give a vintage touch to your sound or use it creatively.

Ursa DSP has entered with Lagrange, a delay effect plugin based on granular techniques. Lagrange is a unique stereo delay system producing other worldly echoes using granular techniques, where each grain is from a different point in the delay buffer:

Lagrange is an effect unlike any other.

Marie Ork by Karoryfer is a voice bank for the free Plogue Alter/Ego real-time singing synthesizer. 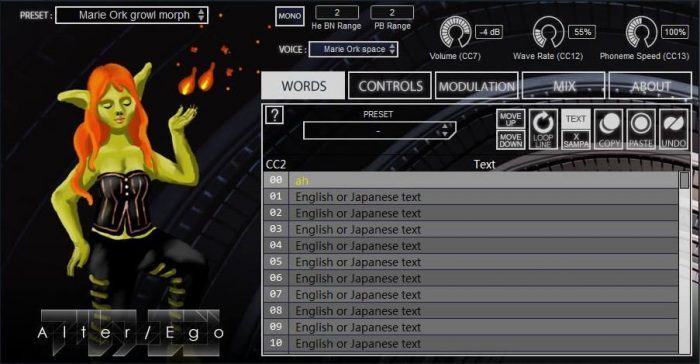 She was created from recordings of a female death metal vocalist, but can also be used as a source of monster voices for game and film audio, and a synthesizer which generates strange textures.

The generation is purely mathematical, no samples or wavetables are used, thus allowing for an easy continuous morphing from one sound to the other. Twelve parameters control the generator, moreover its output can be further shaped and enriched inside Noisetar with its two filters, a chorusing reverb and a stereo enhancer. As modulators Noisetar offers an ADSR envelope and keytracking, with seven destinations.

Using the included bandpass filter, which is tuned to the incoming MIDI notes, is also possible to play Noisetar melodically.

Noizefield has the only Reaktor ensemble of the contest. Refractor is a synthesizer based on Karplus Strong synthesis. 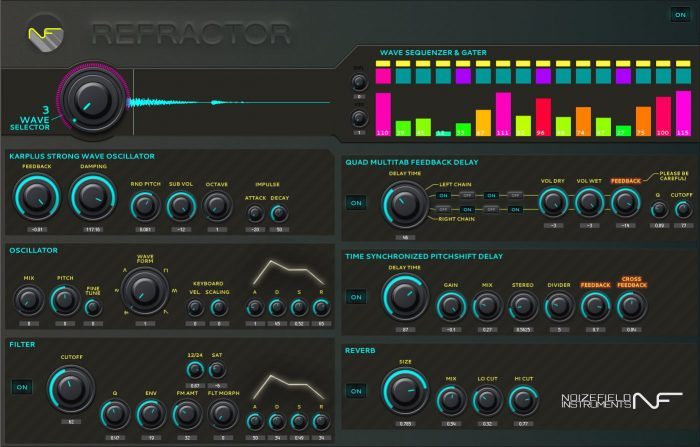 Instead of using noise as the impulse this synth does use sample-wavetables. Therefore the results are much more experimental, unforeseeable and multifarious. Several delay lines, a multimode filter and special tweaks make this synth unique.

Rothmann enters with Roth-AIR, a mixing tool for adding airy, crispy presence to your audio. 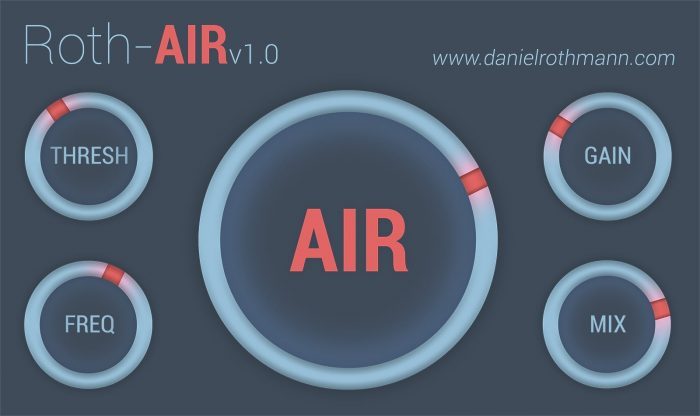 This is achieved by a combination of multiband compression and gentle saturation of the highs. It enables for a stronger, more consistent presence of high frequency material and works particularly well with vocals, synths and strings.

The process is made easy by a simple user interface, automatic makeup gain and a combined function “AIR” knob.

Siren by Noise Makers a synthesizer for making dub effects and all sorts of psychedelic noises.

Wavesfactory has submitted SnareBuzz, an audio effect plugin for Windows and Mac (VST/AU). It emulates the wires of a snare buzzing when there’s another instrument playing near. 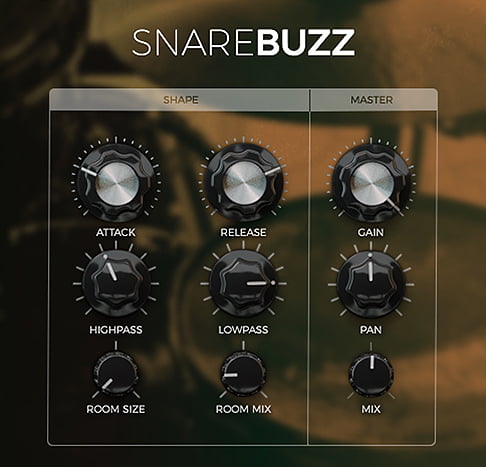 Why do you want to emulate this effect if every engineer in the world has tried to get rid of it? Short: because it’s cool! Long: because it doesn’t exist in the DAW environment, it’s something that we are all familiar with, and if you’re really used to play live with a band it’s weird not hearing it when recording instruments separately.

Do you imagine a Led Zeppeling recording with Bonzo’s snare not buzzing?
“Music is people playing live in the same room with eye contact and feeling each other”. 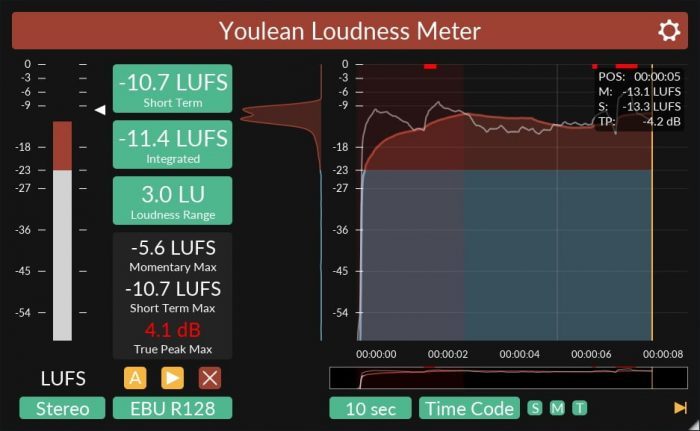 Smart Loudness Memory will speed up your workflow by saving all data with DAW session and recalling it after you reload the session. This with a combination of “Time Code” measurement in histogram will allow you to make small change and to remeasure just that change and plugin will make sure to update all measurements with just that change.

Youlean Loudness Meter is available for Windows and Mac (VST/AU).

Beat is offering Trickster, a Zampler//RX based instrument featuring over 1.6GB of sample content. It’s based on the Beat Zampler//RX, developed by Synapse Audio for Beat magazine and can load sfz files + rex loops. The download includes the Trickster edition of Zampler//RX. 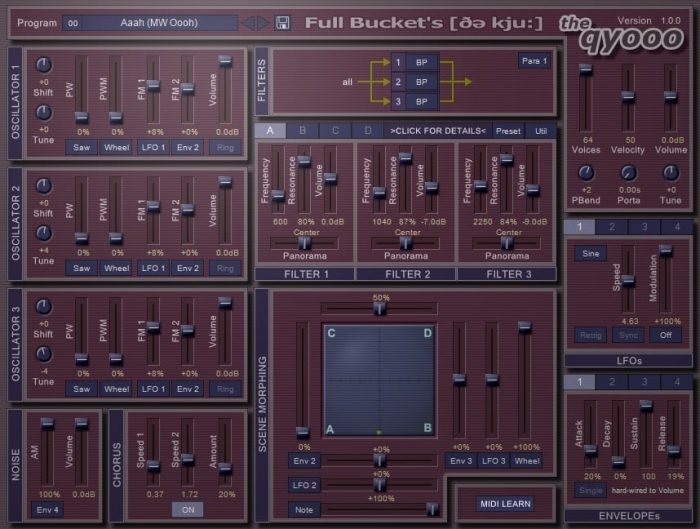 Sound Recovery by Bitsonic is an audio restoration software for Windows and Mac. 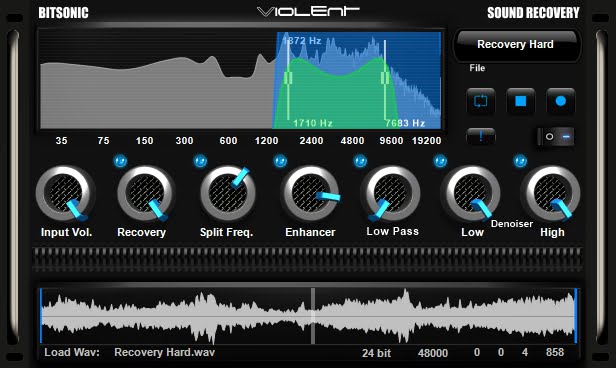 It is to repair hard to understand and low quality soundtracks to a decent level. The software helps in cases when the mid-high frequency is completely missing. This can be audio recorded through a wall, or a conversation from the microphone’s dead space. In these cases simply using EQ can’t help. The software fixes the mid frequency by creating harmonics from the low frequency sign using distortion overdrive. The created harmonics help a lot to make the sounds more understandable. This function is most useful to forensic expert and audio restaurators.

The other function of the software is Multiband Denoiser, that erases the unwanted noise from (low-mid) and (mid-high) frequencies. This function has a more broad use. It for situations when using Equalizer negatively affects the noisy audio overall.

SoftAmp PSA is a virtual-analog guitar pre-amp supplemented with noise gate and compressor, all modeled after famous guitar gear that needs no introduction.

At its core there are 5 distortion stages. First three are based on op-amps with zener diodes in the feedback chain, while the last two are just op-amps being overdriven into saturation. They are followed by tonestack, speaker simulator and an output level control. Each overdrive stage has a distinct frequency shaping quality according to their names.

KVR Audio members can vote for their top 5 favorite entries until December 18th. The winners will be announced the next day.