Leap Into The Void has announced the release of The Abyss, a soundset featuring “primeval rituals and imposing widths” for Native Instruments Absynth. 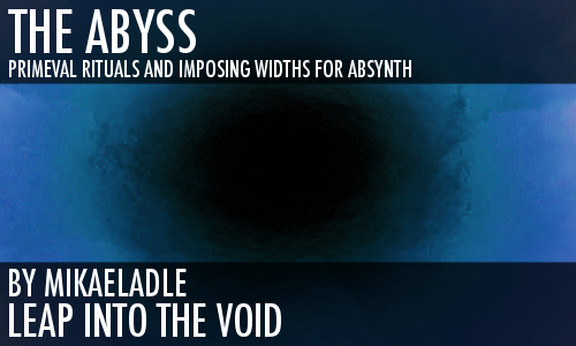 The Abyss is filled with darkness of the profound and post modern art electronica, all the way from thunderous, distorted and noisy to ultra short clicks and glitches, occult soundscapes, pads and more.

Everything in The Abyss is designed to be organic, static and alive at the same time. Feedback has played an important role while designing The Abyss. Together with precisely sculpted waveforms, roughly 600 in total and fine-tuned module settings, Absynth is intended to deliver timbres and physical model characters from flutes, strings, mallets and membranes, catering for this feast in primeval rituals and imposing widths.

The soundset is available for purchase for the introductory price of 20.97 EUR for a limited time (regular 29.95 EUR).

More information: Leap Into The Void / The Abyss

Absynth, Leap Into The Void