Loopmasters has launched a music production competition in collaboration with 5Pin Media and Histibe. 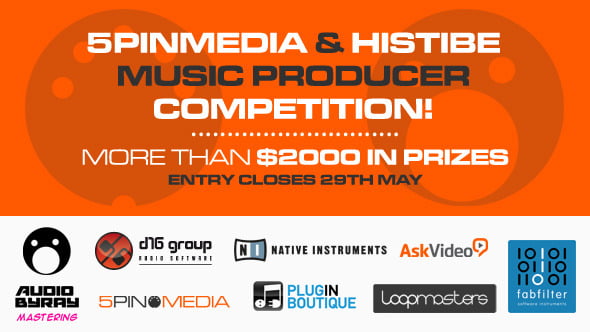 Sample Label 5Pin Media and Producer Histibe in partnership with Loopmasters are hosting an exciting Music Producer competition with more than $2000 in prizes up for grabs.

The winning entrant will get to officially release their track on Histibe’s Mask Movement record label and the Winner, Runner Up and 2nd Runner Up are in for a treat with a great range of prizes with products from 5Pin Media, Mask Movement, Loopmasters, D16 group, Native Instruments, Plug In Boutique, FabFilter, AudioByRay Mastering and AskVideo. The competition will be managed by 5Pin Media and judged by the producer Histibe.

Entrants must use samples from at least one of three 5Pin Media / Histibe sample products in the production of their track. “MIDI Focus – Future Tech Breaks”; “Dubstep Cinema Starring Histibe” and “Dark Twisted Drum & Bass”. All three products are available for a limited time only @40% off normal retail price from April 17 – May 8 so don’t delay.