Loopmasters has announced the launch of the Global Underground Sample Series.

A legendary music label that shaped the sound of a generation. Set up in 1996, GU continued to produce music that became the sign-o-the-times for years to come. Loopmasters are proud to welcome Global Underground as they enter new territory of the sampling world with two releases from their rising stars. The reanimator of the cult Nu Breed Series – Jim Rivers and a producer duo with an international following – Anil Chawla and Dale Anderson. 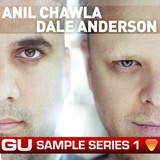 Anil Chawla & Dale Anderson have become one of Global Underground’s most recognised production outfits, so it only seemed natural to call on them to put together a brand new collection of samples for the exclusive launch of the much anticipated Loopmasters GU Series. The package is a clear reflection of the duo’s signature sound, exploring the deepest, darkest depths of house, to the more uplifting, summery vibes, to the downright dirty techno-funk that gets the dancefloors shaking.

Forming the label’s frontline infantry, Anil & Dale have built an enviable reputation as producers of straight up, no-nonsense house music magic, and have won plaudits and respect, the world over counting Sasha, Nick Warren, Hernan Cattaneo, Laurent Garnier, Nic Fancuilli and many others as supporters of their sound.

The sounds have been layered, filtered and processed to give full texture and rich colour, but still maintain the illusion of simplicity, making them extremely user friendly and easy to manipulate or re-work. The collection is neither trendy or pretentious, it’s just how it should be – good, solid house. 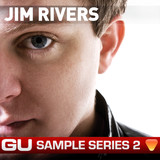 This sample pack is a collection of elements aimed at today’s modern house producer. Whether you compose Deep House, Tech House or the bigger sounding main room Techno, there is something here for you. As an artist Jim Rivers always likes to write a variety of music across the House spectrum so that’s what he had in mind while producing this.

A lot of Jim’s music is groove-based so there is a heavy influence of that in the drum loops as well as subtle melodic parts and EFX. Some of the loops will be very useful for those DJ’s and producers who like to work or perform on the fly, easily creating grooves and ideas in a creative way. All in all there should be something there for anyone who creates a form of modern house music!

This fresh and exciting samplepack features over 60 House Drumloops between 120-127 BPm, 12 Music Loops, 15 Bass Loops and individual Drum and Percussion Loops processed the Global Underground way so producers can create their own Dancefloor beats with ease. Sample the sound of one of the hottest producers around, signed to one of the best Dance music labels on the planet!

Both sample libraries are available for download in various formats for £19.95 GBP each.