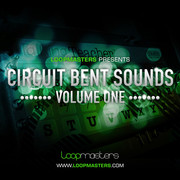 Circuit Bending was a term first used to refer to the art of taking an ordinary electronic toy such as a Texas Instruments Speak&Spell, and rewiring the circuitry to produce a device capable of creating all manner of weird and unlikely sounds.

Circuit Bent Sounds Volume 1 is available as a digital download for £19.95 GBP.