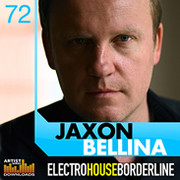 After Jaxon met DJs Moguai and Phil Fuldner, their studio work became a world-wide hit in clubs and charts. As if driven by an atom smasher, the trio produced Phil Fuldner’s “The Final” and “Miami Pop” and Moguai’s “U know Y” and “Get:On” – and laid the foundation for a career as one of the Germany’s most successful production teams. The trademark of Jaxon M. Bellina’s productions: An explosive mixture of electronic power and pop appeal with rock ‘n roll at the core. Frantic synthesizer hooks meet driving grooves, distorted guitars and irresistible vocals. This unique sound has been requested by the international elite of house and electro music: Artful Dodger, Fisherspooner, Harry “Choo Choo Romero”, X-Press 2, Roman Flügel, DJ Sammy, Meat Katie and 2Raumwohnung as well as labels such as Universal, Ministry of Sound, Subliminal, Strictly Rhythm, Skint and Mau5trap. His remixes for the likes of Kylie, Sugarbabes and Girls Aloud have also resulted in numerous UK top ten hits.

Prime Loops launches Big Drop Sale, up to 50% off all sample packs