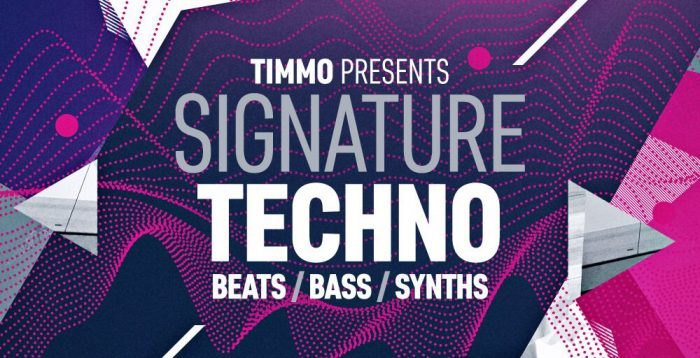 Signature Techno transports you back to the era of old school Techno, with authentic sounds meticulously made using the equipment and studio techniques of 90s Techno. Loopmasters bring you a huge set of evolving Loops, full-bodied Drums and Subby Basslines as Loops and One Shots. A selection of 11 Multi-Sampled instruments are accompanied by over 80 MIDI Loops, enabling you to customise the sounds to suit your own style.

Hailing from Bulgaria, Timmo has been on the scene since 2009 with a remix of TRNSSTR – The Joker, released on Timo Garcia’s Berwick Street and featured on Carl Cox Global Radio Show. After releases with Fone Audio, and support from Adam Beyer, Alan Fitzpatrick, Joseph Capriati, Richie Hawtin, Dubfire, Timmo scored his first record on Sian’s Octopus Recordings. In 2014 he released his first record on hugely successful techno label Drumcode – played by the biggest names in the Techno scene including Adam Beyer, Sven Vath, Richie Hawtin and Sasha, but also crossed over into mixes by Tiësto, Above & Beyond and Roger Sanchez among others.