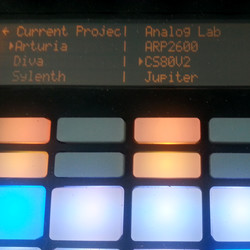 This is the instant way to use Sonic Academy’s ANA Plug In properly from inside Push.

The ANA/Push Integration Pack will allow you to:

The integration pack is available from Crafted Sound for £4.99 GBP.