Loopmasters has launched a new sample collection with the sounds of two industry heavyweights.

Breakbeat Battle comes as the result of a brilliant set of experimental studio sessions, which quickly turned into a hi-octane and heated competition in rhythmic excellence between The Jungle Drummer and Mark Fletcher. 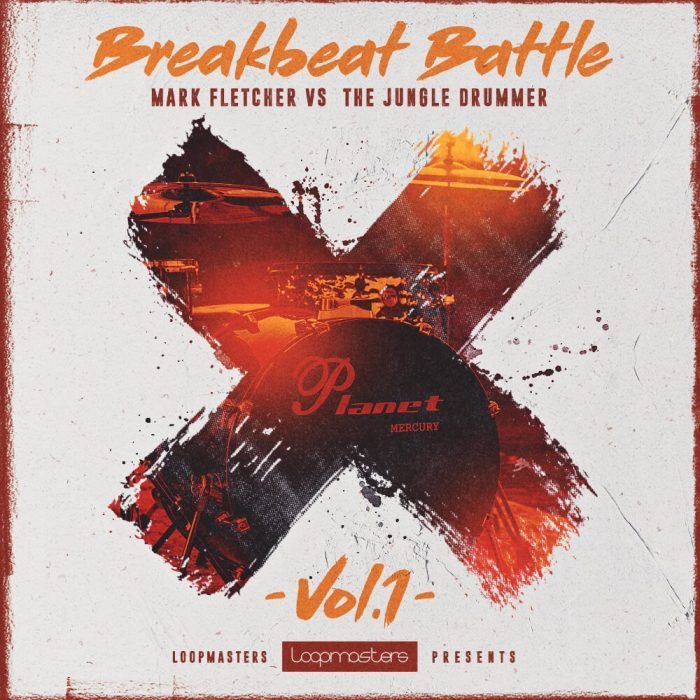 Mark Fletcher’s CV reads a bit like a modern jazz lover’s record shelf. From Ronnie Scott and Pete King, Hatfield and The North and Gary Husband to the final line-up of Soft Machine to feature Elton Dean and Hugh Hopper, if you know their names Mark Fletcher has probably played with them.

The results are in: 1.46 GB of content including sections of original funk breakbeats, dubbed out patterns, Trip-Hop pulses and serious DnB – this is a complete collection of live breaks for producers of all styles. Also in the mix are post effected and Eq’d breaks and Drum and Tempo FX, containing some of the most twisted and warped drums you’re likely to lay your ears on. A fierce meeting of the minds has taken place here for the good of beatmakers far and wide, and with this collection of red-hot, relentless rhythms the true winner will be you!