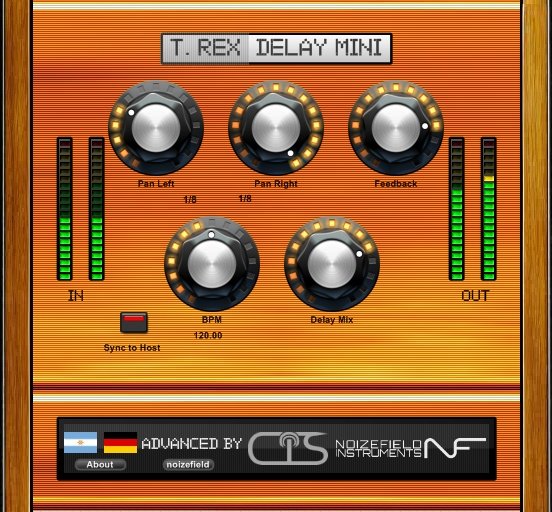 Max Project has released in cooperation with CPS the exclusive advanced version of Mini Delay. It allows to sync the delay tempo to the host or alternatively to the custom tempo.

The included left and right pan-knobs allows to create easy ping-pong delays. In- and Output monitors are also been given. The vintage analogue GUI Design has been created by Maximiliano Cordido (T.Rex – Argentina). It’s also developed from him with the help of Carl (CPS).

The plug-in is available for download for Windows (VST) from Noizefield.