Millertone has announced the release of CLAP!, a multi-sample Ableton Live Pack featuring the sounds of the Boss HC-2 Hand Clapper, an analog clap synthesizer based on the circuit found in the classic TR-808 and TR-909 drum machines. 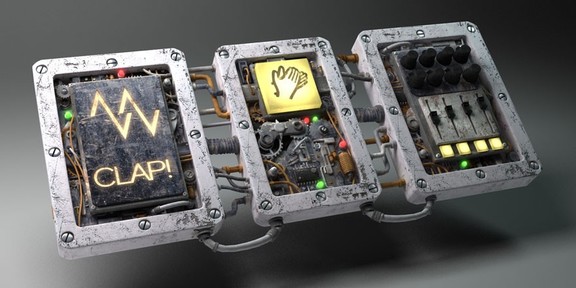 CLAP! has over 2900 24-bit/44.1kHz samples uniquely divided into three perspectives: the full clap samples, the flam only portion of the claps, and the clap samples minus the flam. These additional sample sets, along with Live’s extensive sound design capabilities, take CLAP! well beyond the sounds of synthesized hand claps.

CLAP! has over 430 presets, including over 360 Drag and Drop hits, and over 60 Instrument Racks that cover everything from the classic sound and functionality of the original hardware to tricked-out instruments that deliver sonic mayhem. Live’s Arpeggiator and Simpler’s Pitch Envelope were used in many of the Instrument Racks, offering a wide range of new and compelling percussion presets. There is even a Drum Rack “trap kit” using nothing but clap samples. The sample sets used in each preset employ eight velocity layers, which translate into instruments that are highly expressive and dynamic.

To round things out, there are 129 Live Clips for use as starting points in compositions. These include drum grooves, rhythm beds and evolving textures. There are also two fully arranged Live Sets which demonstrate just what CLAP! can do.

The CLAP! library is available to purchase for $14 USD.