MOD Devices has announced a partnership with Cycling ‘74, the Ableton-owned American software development company, best known for its work with the digital signal processing software environment Max. The partnership will be exclusively between the MOD Dwarf and Max enhancing musician’s capabilities to create.

The collaboration will ensure continued compatibility between Cycling ‘74’s unique MaxMSP gen~ patches and MOD’s next-generation hardware – a cross-platform integration offered first with the MOD Duo and Duo X and now with the MOD Dwarf, as one reward/offer for contributing to the unit’s Kickstarter campaign.

Known for its problem-solving approach to developing community-driven hardware and software that bring simplicity and utility to musicians, the Berlin-based music tech firm set out to create a one-stop solution for musicians who want a compact, economical, and customizable modular effects processor.

The latest emanation of that solution is the MOD Dwarf, an ultra-compact, portable multi-effects pedal that boasts the capacity to house a vast array of effects, virtual instruments, amp simulators, and MIDI utilities. Features include two independent audio channels, each with independent gain controls, as well as three fully assignable knobs, three footswitches, and three pushbuttons. 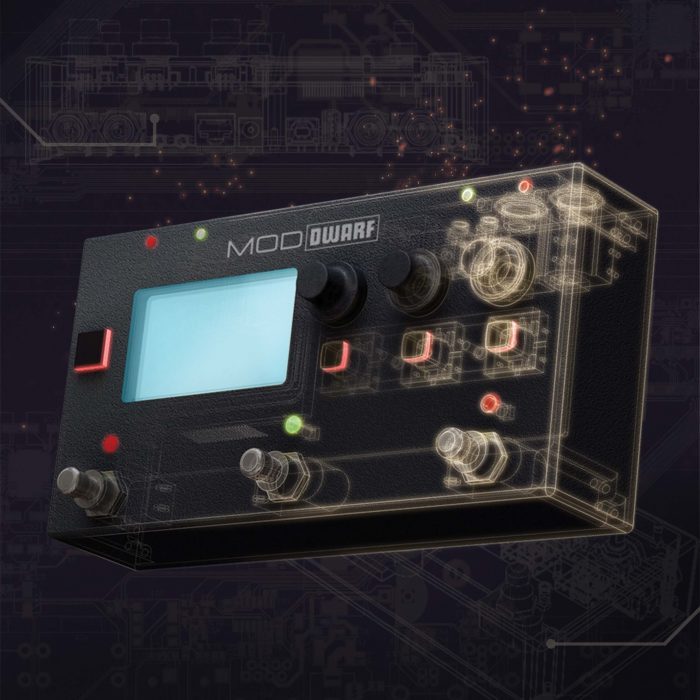 Yet what makes any MOD device truly unique is that each unit is made endlessly customizable by allowing users to patch in their own sounds — each user’s patch creations can be saved, uploaded to a cloud, and shared with an ever-growing, open-source community. And this is where Cycling ‘74 integration comes in.

“In 2017 MOD Devices and Cycling ‘74 set out to establish a streamlined and easy-to-use integration between Cycling ‘74’s innovative plug-in design and MOD Devices’ like minded platform. Among our rewards/offers for contributors to the Dwarf Kickstarter, the MOD Duo MaxMSP package, allows users to turn their ~gen patches into MOD Plugins and install them with a simple click. The Dwarf’s powerful processing capabilities and streamlined controls are the perfect tool to unleash ideas so far unrealized on the market,” said Gianfranco Ceccolini, the CEO of Mod Devices.

Cycling ’74 (also known as “C74”) is an American software development company, headquartered in San Francisco, California, and owned by Ableton. The company is best known for its work with the digital signal processing software environment Max.

Said Cycling ‘74 Content Specialist Tom Hall, “MOD Devices’ MOD Duo & MOD Duo X have been my go-to devices when wanting to incorporate my MaxMSP gen~ patches into an outboard workflow. They’re powerful and tactile and I’m excited that these possibilities are extended with the Dwarf.”

You can still pledge on the MOD Dwarf Kickstarter until March 26th, 2020.