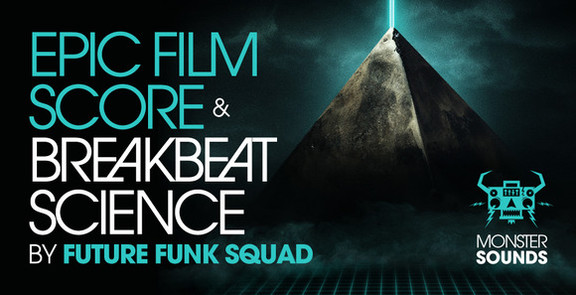 Future Funk Squad AKA Glen Nicholls – is a UK based Producer, DJ and remixer. His work has included a diverse portfolio of crushing remixes for some of the music scenes most respected talent, The Prodigy, UNKLE, The Crystal Method, Nine Inch Nails, Hybrid, Device, White Lies and Stanton Warriors to name but a few.

Known for his particular blend of huge epic soundscape electronica pushing with hard driving beats, Monster Sounds had to approach the man to come up with a collection of inspirational sounds for this next level pack.

The pack Focuses on Twisted electronica soundscapes, fat driving bass lines, destructive beats and also orchestral elements that will add a breathtaking depth of sound to your productions.

The sample pack is available for purchase for £34.95 GBP. Parts are also sold separately starting at £4.95 GBP.