Moog Music has announced a new 2-note paraphonic synthesizer that melds the hands-on analog soul of classic Moog instruments with the convenience and workflow of a modern sound-design machine.

In the spirit of continuous improvement, Moog Music is transitioning production of the award-winning Sub Phatty analog synthesizer to make way for a new standard: the Subsequent 25. 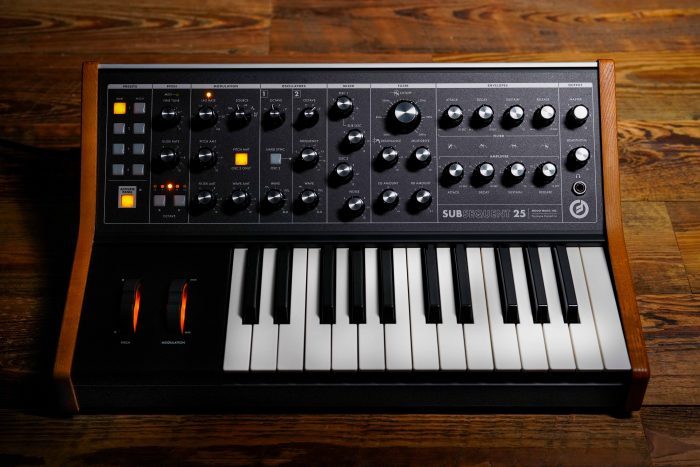 Subsequent 25 builds on the success of its predecessor by implementing the ultra-popular paraphonic functionality of Duo Mode, upgrading to wood side pieces, and featuring the familiar Subsequent series of user-requested performance adjustments:

The resulting film, Building Your World, animated by House and scored by Flying Lotus using the Subsequent 25, invites the viewer to slip into the mysterious and magical sci-fi world of analog circuits and waveforms.

Building Your World brings the journey from Sub Phatty to Subsequent 25 full circle, evoking 2013’s New Machine For Living, the animated film scored by Flying Lotus to celebrate the release of the original Sub Phatty synthesizer.