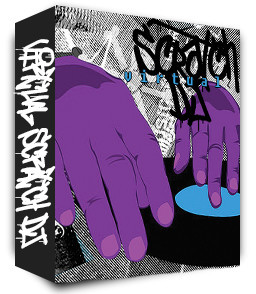 Music Weapons has announced the release of Virtual Scratch DJ, a scratching effect plugin for Windows and Mac.

VSDJ is about to turn the hiphop production world upside down, your thinking to yourself “a virtual scratch dj plugin, that sound insane” but after years of research the plugin is finally becoming a reality.

No need to pay people to do cuts on your beats/songs, no need to invest thousands in a decent dj rig, let alone being good at scratching. With Virtual Scratch DJ people wont even know the difference. Now you can play a massive library of cuts directly on your board just like you would with any instrument, and all techniques are covered.

There will be a huge scratch phrase library completely playable, a massive bank of vsdj exclusive phrase patches from dope emcees and voice over artists from around the world, a slew of “crab scratch patches” to simulate the popular technique used in some of your favorite recordings as well as SFX banks and much more.

The plug-in is available to purchase for Windows and Mac (VST/AU), priced at $99.99 USD.