Noizefield has announced the release of Jayqualizer, a free 8-band parametric equalizer effect plugin for Windows by Dancelab. 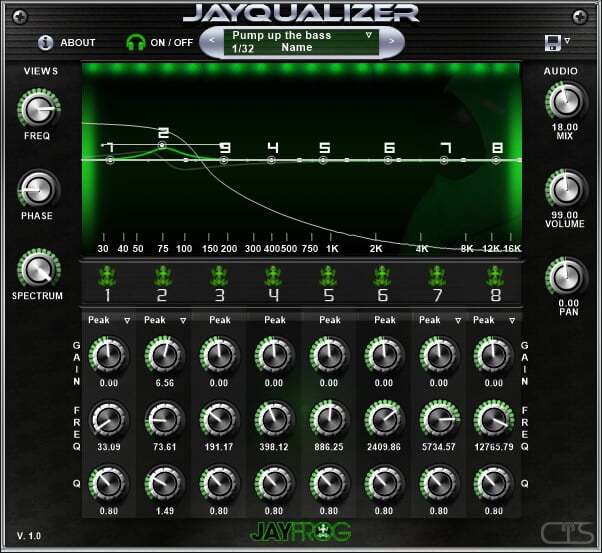 The new sound and plugin-factory Dancelab (Jay Frog and CPS) is proud to present you the first plugin Jayqualizer for free. Jayqualizer is a parametric 8-band EQ that allows you to make certain settings for your mixdown-tracks. Each single band could be activated or deactivated. Sixteen presets and a visual spectrum analyser is also been given.
Enjoy this mixing-tool and be prepared for the next tools.

The plugin is available for download as a VST plugin for Windows (VST).