Numerical Audio has released an update to its RE-1 Tape Machine app, a full featured, modern tape machine inspired by the most iconic tape echos of the 20th century.

The update includes drag & drop support for samples/loops, sample export volume adjustments and crossfades, and a new “info mode” that shows a short description for each control. 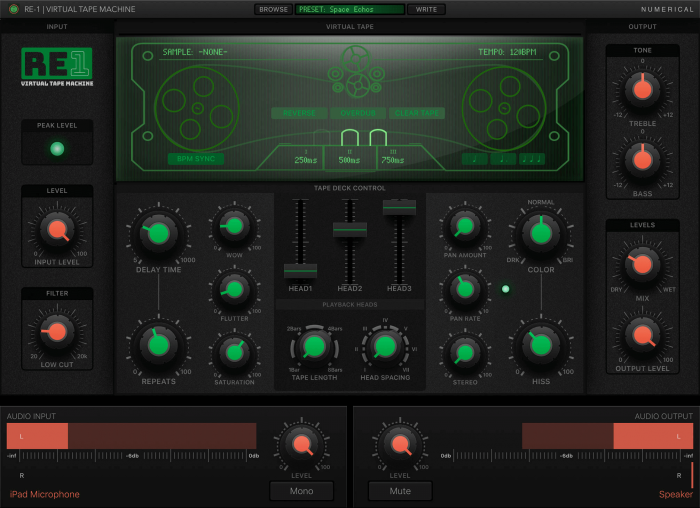 Combining vintage sound and modern features, RE-1 is a true powerhouse capable of everything from classic tape echo and chorus effects over tape flavoured sample playback, recording & looping to tape based master effects.

RE-1 is available from the App Store for $9.99 USD. The update is free for existing RE-1 users.

Roland Virtual Sonics adds the JX-3P to its Legendary Series