Origins of Audio has released version 1.1 of Pulse, a sequencer instrument for Native Instruments Kontakt. 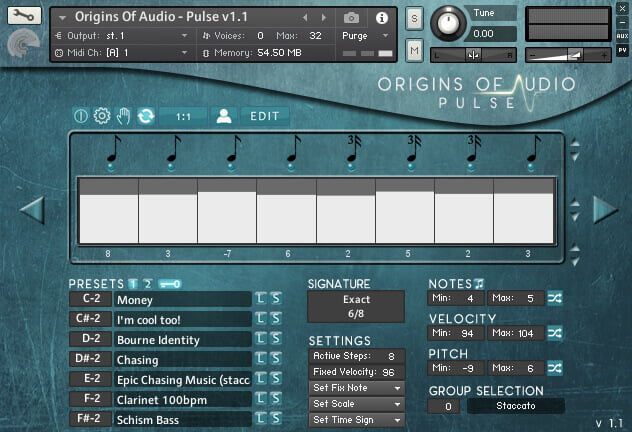 Pulse is a powerful sequencer, which will inspire all of you who reached a musical dead end! You have only to import a group inside Kontakt’s engine, choose from at least 13 different musical scales and let Pulse do its work!

Origins of Audio is also offering 30% off other sample libraries until February 15th, 2016, as part of its Valentine Sale. Use coupon VALDAY30 at checkout.