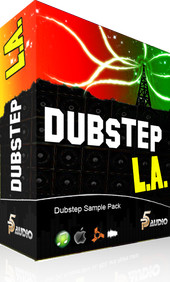 Inspired by Los Angeles native DJ’s like Skrillex and 12th Planet, as well as L.A. newcomers such as Rusko, these loops and sounds are crafted to capture the wobbly quaking Dubstep sounds rocking the SoCal faultline!

Diginoiz releases All In One 2 – R&B Bundle