Saltline has announced the release of Korzenie kick, the first in a new series of plug-ins aimed at recreating classic drum machine sounds. 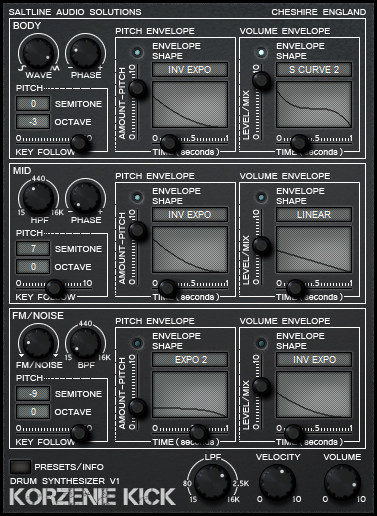 Korzenie kick is aimed at creating classic electronic kick drum sounds. It can also be used to create other sounds including subs and basses as well as effects.

Kick features 3 layers, body, mid and FM/noise. Each layer has it’s own pitch and volume envelopes with several curve options giving a great degree of flexibility and control over the sounds attack and decay.

Korzenie kick is available to download for Windows (VST).