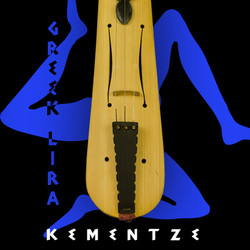 Precisionsound has announced the release of Greek Lira V2 – Kementze, a virtual instrument library for Kontakt and EXS24.

The Kementze is a Turkish/Greek instrument, a three-string fiddle with a spike-shaped neck. Of Persian origin, the instrument is played with a Kaman, the Persian word for bow.

We bought the instrument on location in Greece, and sampled it with two versions of each chromatic articulation. We also recorded slides and some unusual scrape and scratch effects.

The Greek Lira V2 Kementze makes it easy to access the articulations via keyswitches, and provides legato (Kontakt 3,4 & 5 version only) for more realistic playing and programming.

Greek Lira V2 Kementze is available to purchase for $29 USD.

PreSonus launches Studio One sale – 50% off