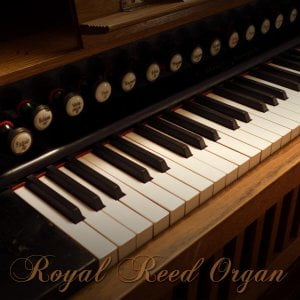 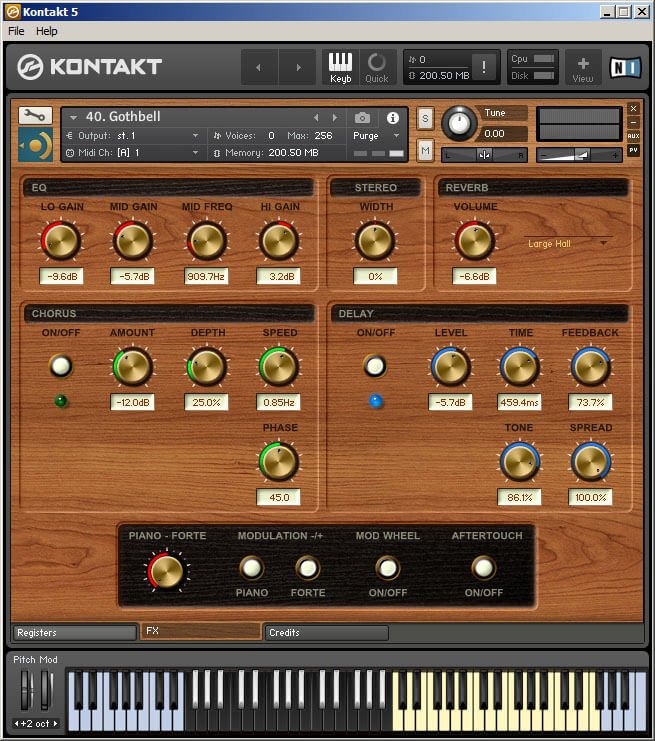 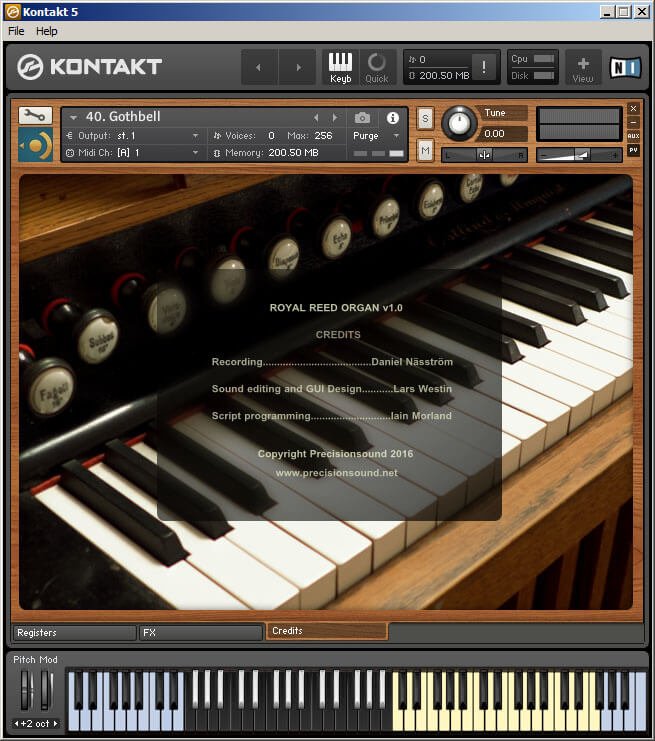 The Royal Reed Organ is the flagship harmonium library from Precisionsound with 18 independent registers and a realistic air pump.

It has a powerful low end, sweet high voices, and a warm midrange timbre. It’s based on a sophisticated Östlind & Almquist suction air harmonium from the 1920s. Capable of everything from simple accompaniment to complex lead lines, the Royal Reed Organ suits acoustic, classical and sacred music in traditional and contemporary styles alike.

Royal Reed Organ for Kontakt 5.5.1 or higher (full version) is available for purchase for $99 USD. A DVD version costs an additional $9.95 USD.