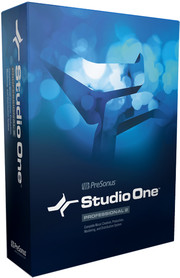 PreSonus has updated its Studio One music production software.

PreSonus has officially shipped the much-anticipated version 2 of its groundbreaking Studio One DAW and immediately issued Studio One 2.0.2, a free incremental update that fixes several issues.