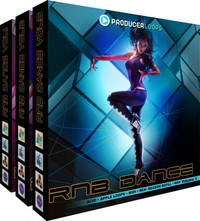 Producer Loops has announced the RnB Dance Bundle, a collection of three sample packs by Simon West Rudd from “The Fliptones”.

‘RnB Dance Bundle (Vols 1-3)’ from Producer Loops combines the first three volumes of this hugely popular series into one giant bundle pack featuring FIFTEEN awesome Construction Kits of melodic RnB loops for your productions. With both commercial and underground appeal, as well as a professional feature set, this is a must-have sample library for any wanna-be Pop/RnB icon.

The bundle is available to purchase for £54.95 GBP.