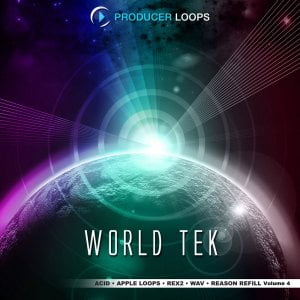 ‘World Tek Vol 4’ reboots this best-selling series at high speed, with tons of drums and a more up-to-date feel. Featuring faster tempos (most in the 120 to 140 BPM range) and triple the number of beats, this is a new ‘World Tek’, for producers who mix in different genres and want more meat on the bones. With nearly three times the number of beats as previous collections, this Volume is all about helping add that World Fusion sound to your tracks.

Various hand drum styles, along with some bassier parts and even a few effected beats for the more daring producer. The synths, basses, FX, and percussion are still included, but they take a backseat to the modern tempo beats. You’ll find plenty of new grooves throughout, along with those familiar ‘World Tek’ vibes.

The sample pack is available for purchase for £19.95 GBP.