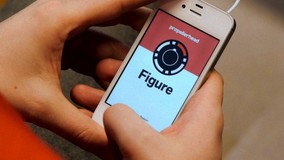 Propellerhead Software has updated its Figure music app for iPhone and iPod touch to version 1.2, including support for AudioCopy and WIST.

Using AudioCopy, Figure 1.2 users can take their music further by pasting their Figure audio as a perfect loop into any AudioPaste or iOS Pasteboard compatible application. Additional musical performing, looping, arranging, editing and other possibilities open up to Figure users in such apps as Apple’s GarageBand, Intua’s Beatmaker, Sonoma Wire Works’ StudioTrack, Retronyms‘ Synth, Wizdom Music’s MorphWiz, Sound Trends’ Looptastic and over 100 other applications from more than 50 companies. More info on AudioCopy/AudioPaste can be found here.

Developed by Korg, WIST (Wireless Sync-Start Technology) uses a Bluetooth signal to synchronize, stop and start apps on separate devices. With WIST Figure 1.2 users can perform with a friend or expand their iPad/iPhone ensemble—broadening the ways they can create and perform music on their mobile devices. Mix and match Figure with ReBirth, iMS20, iElectribe, Beatmaker and many other compatible apps in new dynamic ways. More info on WIST can be found here.