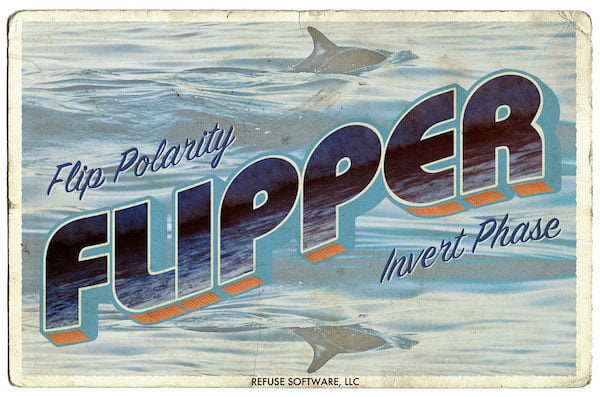 Previously available only as a Pluggo plugin, Flipper is now available in native formats.

The Flipper flips signal polarity (misnomered often as “phase”). The positive parts of a signal’s waveform become negative, and vice versa. That’s it.

The idea of the Flipper is to effectively add a polarity switch to any DAW mixer. If the Flipper is on, it’s flipping polarity. If it’s in Bypass, it’s not. There are no controls to accidentally leave in the wrong position.

Flipper is available for download in VST3, AU and AAX plugin formats for Windows and Mac.