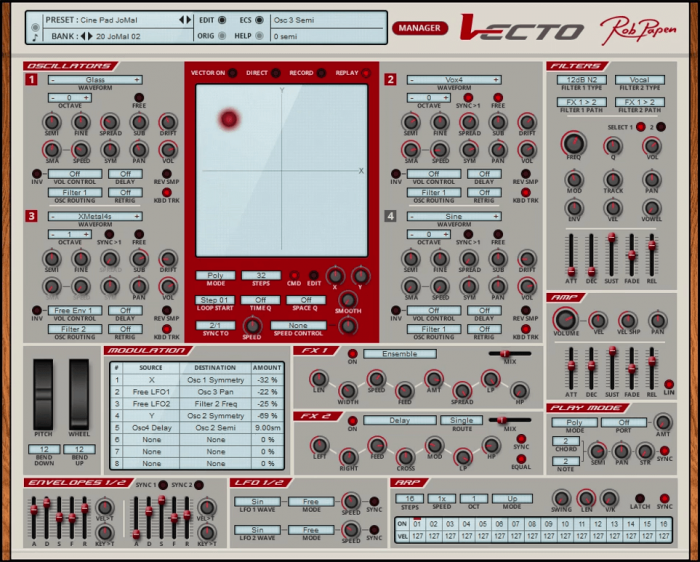 The update comes with NKS support, 65 new presets and a 200% size GUI option for users of 4k screens.

Vecto is a powerful Four-Oscillator Vector Synthesiser that allows the to draw in vector paths to shape the sound in many different ways. Included in the package are a huge selection of oscillator waves, sampled waveforms, multiple modulation options and preset vector paths to help create unique and distinctive sounds.

Originally introduced by Sequential Circuits in the Prophet VS Synth released back in 1986, Vector is a type of audio synthesis which provides dynamic sound movement by cross-fading between four sound sources.

Vecto is available for purchase for 99 USD/EUR from Rob Papen and distributor Plugin Boutique. The update is free to current users of Vecto and the eXplorer-5 bundle.