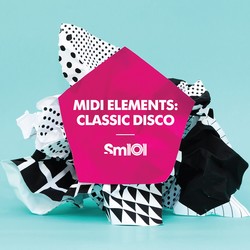 MIDI Elements: Classic Disco features a collection of soulful and timeless melodies inspired by the heyday of disco.

As the classic disco sound rears its glittered head once again, SM101 serves up full-funk basslines, lush arpeggios, melodic leads and soulful chords inspired by the golden era of disco.

Taking cues from disco pioneers such as Chic, Donna Summer and Giorgio Moroder, MIDI Elements: Classic Disco transports you back to Studio 54 with scores of authentic MIDI disco progressions across folders of bass, keys, leads, arps, chords and pads.