SampleScience has announced the release of RC808, a drum machine instrument for Windows and Mac. 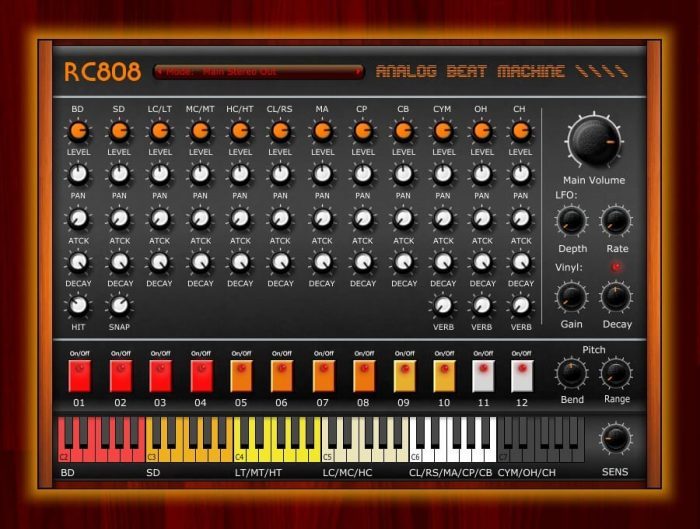 A staple sounds of modern electronic music, the Roland TR808 has been released more than 20 years ago and still sound as fresh today than it did in 1980!

The RC808 is a sample based emulation of the mythical TR-808. The 808 has been used in tons of hits during the eighties, among them “Sexual Heiling” by Marvin Gaye and “Planet Rock” by Afrika Bambaata and the Soulsonic Force. It’s still widely used nowadays among hip hop and techno producers. The RC808 is a plugin emulation of the 808 with added functionalities not present in the original machine.