Audio Plugin Deals has launched a sale on the Sound Solutions Bundle by Composers Tools, comprising a collection of instrument libraries for Native Instruments Kontakt. 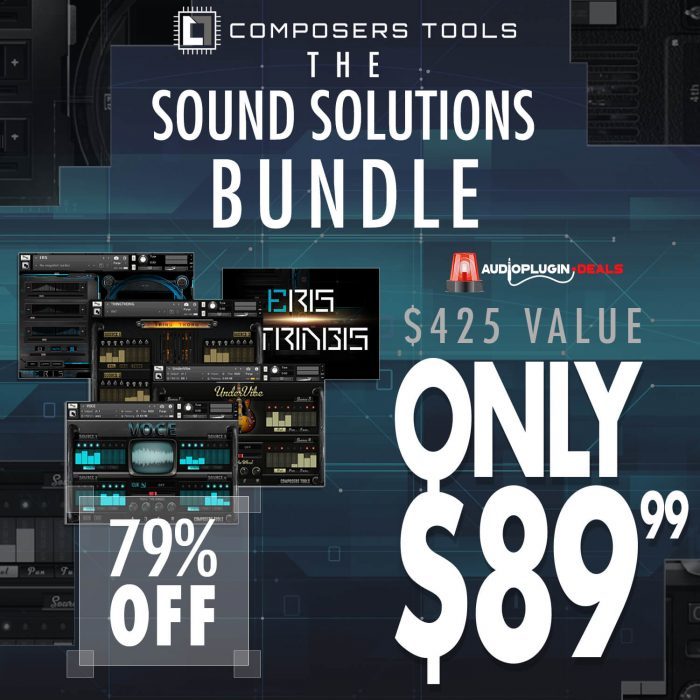 First is the ABC ENGINE BUNDLE, a collection of 3 products using the same interface, allowing you to share snapshots or settings between patches. Second is Eris, a must have for those who expect deep tones and huge evolving spaces in their productions. And third is Eris Stringis which will quickly become an essential addition to your main strings library. Don’t miss out on this amazing deal ending soon, hurry and save!