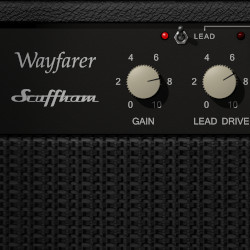 Scuffham Amps has released version 2.2 of S-Gear, a collection of guitar amps, speaker cabinets and effects implemented in software for Windows and Mac.

As well as the new Wayfarer amp, this release also brings loads of other improvements and several bug fixes.

The new Wayfarer amp is easily the most versatile amp we have designed to date. It feels like having a selection of vintage Brown and Blackface Fenders, along with a MK series Boogie all rolled into the same easy to drive amp. We hope you have a lot of fun getting to know this amp, and hopefully it might inspire some new music too.

S-Gear is available to purchase for $99 USD ex. VAT.

Leap Into The Void releases Beauty From A Synthesizer for Massive