Armando Montanez has released a 64-bit port of the s(M)exoscope oscilloscope plugin for Windows and Mac, originally released by Bram de Jong and Sean Evans of Smart Electronix. 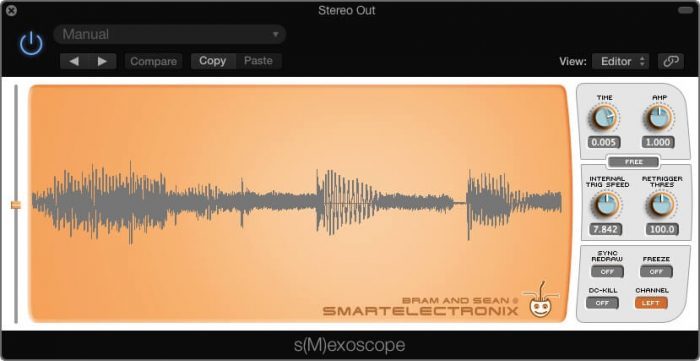 s(M)exoscope is an oscilloscope VST plugin. You can use it to visually monitor audio wave forms.

Why would you do this? Well, why not? There are countless times when being able to see what your audio waveform looks like could be useful. You’ll know when the time is right. For all those other times, well, it’s very pretty to look at!

s(M)exoscope is a free download for Windows and Mac (VST/AU).