Softube has announced the release of Modular, a virtual analog modular synthesizer instrument for Windows and Mac. 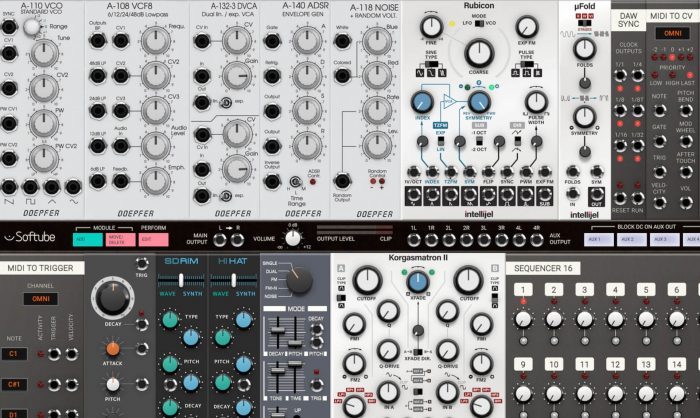 Created in close collaboration with Eurorack godfather Dieter Doepfer, Modular gives you both the sound, flexibility and expandability of a true analog modular synthesizer. But Modular is more than just another virtual synthesizer plug-in—it’s an entirely new modular synth standard which can be expanded as new modules are continuously added.

The Modular basic system gives you a great toolkit to start out with. It includes six modeled Doepfer modules and over 20 utility modules. But there is much more to discover. Additional modules from quality Eurorack vendors—starting with a range of units from cutting-edge manufacturer Intellijel—are available for separate purchase. Rest assured there is more to come.

The basic Modular package is available for purchase for the introductory price of $75 USD until July 15th, 2016 (regular $99 USD). The Intellijel uFold II, Korgasmatron II and Rubicon add-ons are also on sale.