Solid State Logic has announced the introduction of four new broadcast specification audio interfaces for Dante/AES67 audio networks; the A16.D16, the A32, the D64 and the Dante PCIeR.

The release of four new devices simultaneously demonstrates SSL’s commitment to providing a comprehensive collection of audio interfaces and converters for use as standalone units or in conjunction with SSL’s growing range of Dante/AES67 enabled Broadcast and Live production consoles. 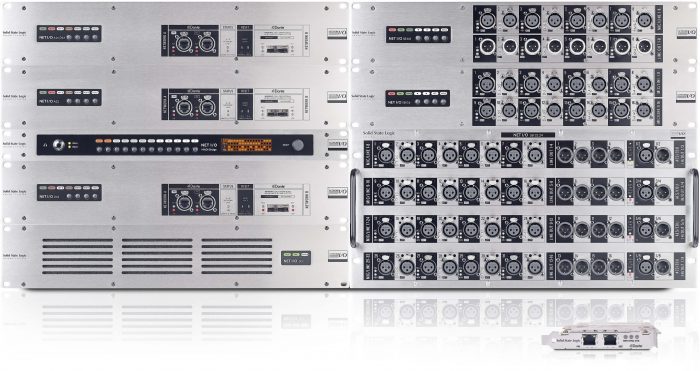 The new Network I/O Dante PCIeR offers high capacity Dante connectivity to any suitably specified Mac or PC. It features Primary and Secondary network connections and streams up to 128 channels (at 44.1, 48 kHz, 88.2, 96 KHz) or 64 channels (at 176.4 or 192 kHz). The Dante PCIeR card delivers ultra-low latency and synchronisation of less than one microsecond. The card is compatible with external PCIe chassis for laptops.

The release of the A16.D16, the A32, the D64 and PCIeR bring the number of products in the Network I/O range to nine. Other units in the range provide MADI and SDI conversion and a range of Stageboxes. All units are available now.