Version 4.4 gives creators the ability to assign presets for multiple output devices and have greater control over output settings, in addition to further interface tweaks for ease of use. 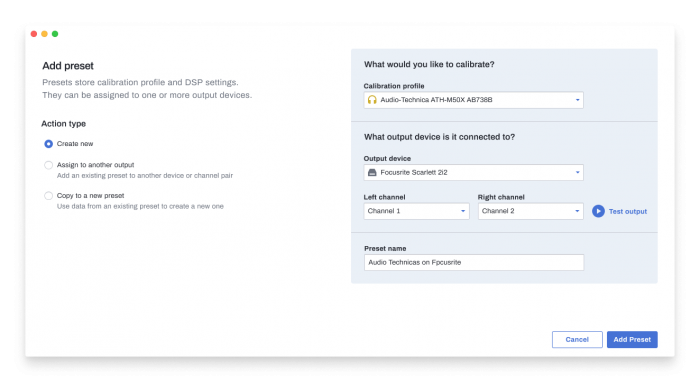 The update also boasts 15 new headphone profiles, including models from Sennheiser, Skullcandy, and Ollo, which brings their current count of compatible devices to nearly 300.

“Having the ability to quickly move between calibration profiles and device presets gives our creators the added flexibility they need for adapting to any studio situation they may find themselves in,” said Viesturs Marnauza, Product Manager of Reference 4.

“In addition to this, we’ve continued to tweak the interface to ensure that Reference 4 is extremely easy to set-up, so that it can do its work in the background and allow creators to focus on making music.”

The implementation of the new Presets sidebar allows for quick management of user output devices, a much-requested feature that will make it even easier than before for creators to access the calibration profiles for any output device they use in their studio setup and have it pre-saved for later use. 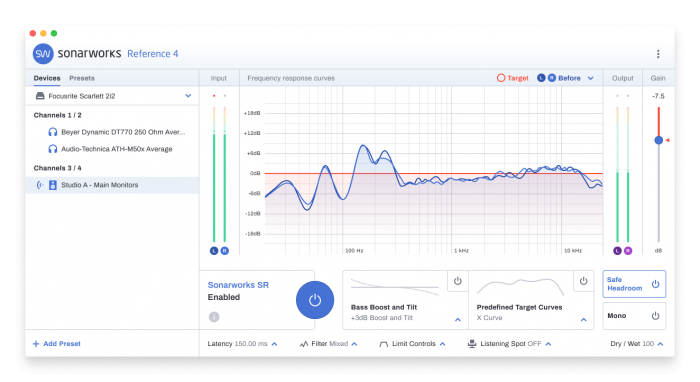 In addition to this, output channels can now be selected individually where prior they were only available in pairs, which will allow for Left/Right switching as well as the ability for more complex signal routing.

Additional updates to the software will allow Windows users the ability to launch Systemwide mode in ASIO mode if their output device does not support WASAPI, and Mac users now have full support of Reference for OS 10.15 Catalina.

Both Systemwide and Plugin mode will also now alert the user of new updates as soon as they are available, ensuring that creators will always have access to the latest version of the software.

The new headphone calibration profiles include models from several well-known manufacturers, and a few new brands including the t.bone. and Ollo. The new profiles include:

Reference 4.4 is available from Sonarworks and distributor Plugin Boutique starting from 99 EUR. The update is available now to all existing Reference 4 users.

Save up to 75% on Samplestate sample packs and synth presets