Sonible has launched the Special EQ Bundle, a limited time offer for Black Friday featuring its smart:EQ 2, proximity:EQ+ and entropy:EQ+ equalizer plugins at a 67% discount.

smart:EQ 2 – Get a perfect mix within 30 seconds

smart:EQ 2 is a state-of-the-art equalizer with built-in AI engine. smart:EQ 2 brings unique AI algorithms with the latest research in psychoacoustics and decades of mixing and mastering experience together. Compared to his predecessor smart:EQ+ the feature set has been extended significantly which also called for a complete redesign of the user interface. 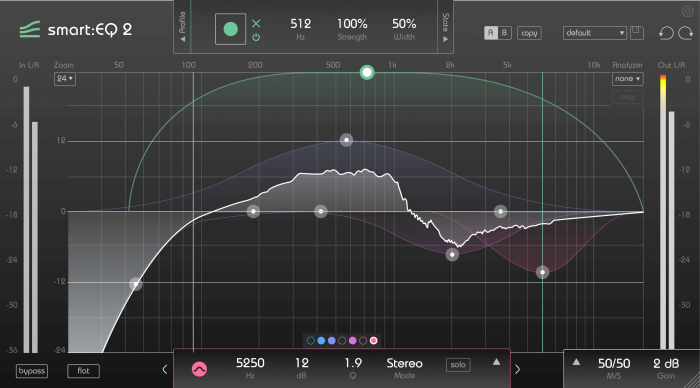 smart:EQ 2 analyzes your audio material and generates a custom filter curve to create a natural sounding tonal balance. Add clarity to your mixes, more punch to single tracks or carve out the harsh parts of your vocal recordings – in seconds and with unprecedented precision. smart:EQ 2 enhances the detail, clarity, and character of your audio track after only a few tweaks. Experience a mixing workflow much faster than ever before.

proximity:EQ+ – Meet the EQ plug-in that effortlessly edits the spaciousness of your audio sources

Whether it’s music or speech – the proximity:EQ+ gets you closer to premium sound. It’s a rare occasion when you actually manage to put on tape the perfect mix you’ve had spinning around in your head. We’ve all been there: you’re entering postproduction with high hopes, only to realize that the sound of your first few seconds of recording takes you right back to your old rehearsal room in the basement. It’s to fix this problem that we developed the proximity:EQ+. 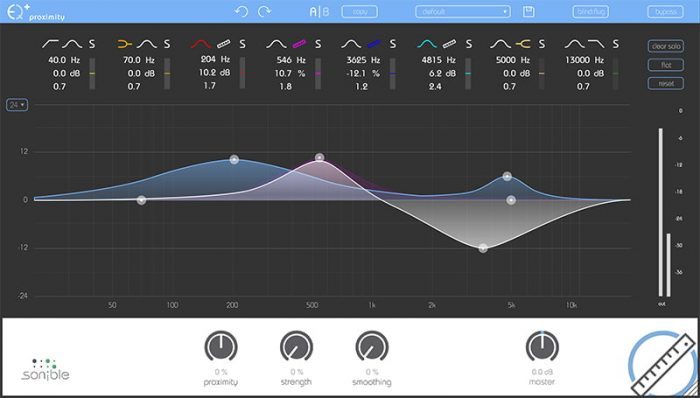 Thanks to its adjustable settings for direct sound and reverberation, this plug-in lets you retrospectively shape the room’s acoustics, any way you can imagine. This intuitive tool lets you turn fuzzy recordings into crisp statements, diplomatically put an overambitious singer in the back, or give that muffled bass the kick it needs. Thanks to its ability to separate reverberation and direct sound particles, the proximity:EQ+ plug-in lets you amplify or silence certain parts of your room acoustics – depending on your vision of the perfect sound in postproduction

entropy:EQ+ – The new dimension of EQing

The entropy:EQ+ simplifies the postproduction of the harmonic and inharmonic sound components of audio recordings—seamlessly and extremely fast. 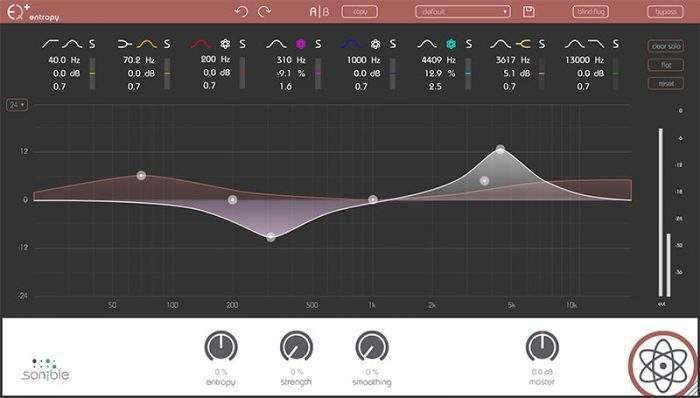 It is a plug-in that allows for both harmonic and inharmonic sound portions to be adjusted over the entire frequency range. Take this well-known feeling, for example: you’ve already run out of patience, but the snare triggers are still too muffled, while the guitar plucking sounds are way too dominant. It’s situations like this that have encouraged us to seek new ways of EQing and thus put an end to spending countless hours of studio time on postproduction. The entropy:EQ+ simplifies the editing process for the impact noise of drums, guitars and other plucking instruments, and introduces you to a whole new world of postproduction creativity.

Until November 28th, the bundle is available for only 99 EUR from Sonible and distributor Plugin Boutique.