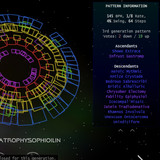 First up, we have created an online tool that we call The MicroTonic Patternarium. You could describe Patternarium as an online collaborative patch randomizer. It continuously generates new sounds and rhythms for MicroTonic through principles of evolution. You get to vote on whether rhythms should prosper and procreate or if they should die. Call it musical darwinism – survival of the phattest.

Sonic Charge has also announced that a new version of MicroTonic will be available as a beta soon.

As customary, we want to wait with revealing the nitty gritty details until the beta is over, but we can say this much: it will support MIDI program change and drag’n’drop of patterns as MIDI files. The upgrade will be free for all registered users.