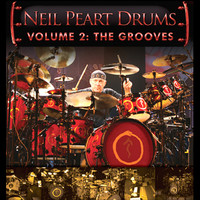 Legendary drummer of Rush Neil Peart and Grammy-winning producer Nick Raskulinecz have teamed up with music software developer Sonic Reality to create the new “Neil Peart Drums Vol. 2 The Grooves” sound collection. Over 600 grooves performed by Peart are now available in a variety of loop formats such as Rex, Apple Loops, Acidized Wave, R.A.W., Stylus RMX and more to come. Musicians can use these drum grooves to write their own music, practice, jam or play Rush covers inside their computer recording software or iPads and mobile devices.

“When we did the Neil Peart Drums Vol. 1 Series we wanted to present a digital recreation of Neil’s amazing DW kit so it could be played from any midi controller such as a keyboard or an electronic drum kit” says Sonic Reality CEO Dave Kerzner “But for Vol. 2 we now also have the isolated drum tracks of Rush songs performed by Neil and cut up into 1-2 bar patterns that can be re-arranged and used in new music made by any musician or songwriter.”

Offering the first “virtual reality drum session” with one of the top rock drummers in the world, Neil Peart Drums Vol. 2 The Grooves gives musicians an opportunity that’s not only a dream come true for Rush fans but anyone looking for album quality rock drum loops for their music.

The sample library is available to purchase for the introductory price of $59 USD (Rex/Apple Loops/Wave) / $49 USD (RMX).

For a limited time Sonic Reality and eSoundz.com are offering an additional free set of 72 loops taken from the Rush song “YYZ” in their R.A.W. series Rex, Apple Loops and Wave formats. These exclusive drum loops are currently not available in any Neil Peart Drums products or anywhere else.