The free Sonic Visualiser application for viewing and analyzing the contents of music audio files, has been updated to version 3.0. 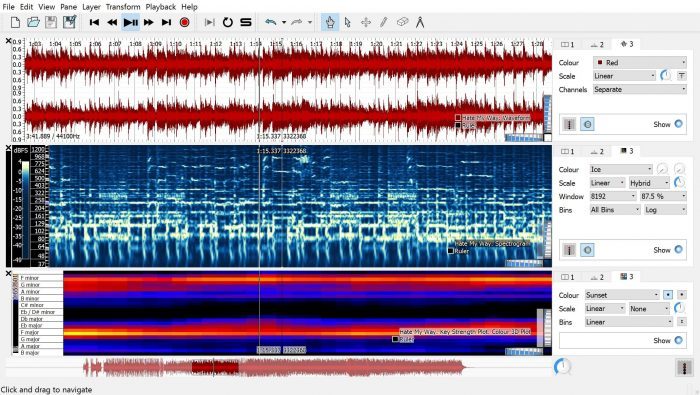 As of the release of version 3.0 in March 2017, Sonic Visualiser has been continuously developed and maintained in the Centre for Digital Music at Queen Mary, University of London for about a decade.

This release is one of the most substantial updates the application has ever had. In addition to several new features, it includes a number of technical changes to core functions that we hope should enable us to maintain a modern and useful application in the years to come.

Behind the scenes there has been a major overhaul in many areas of rendering, plugin transform, and audio and file handling code. This release is also substantially more robust in its handling of Vamp audio analysis plugins than previous versions. It should (we hope!) now be impossible for an incompatible or crashing Vamp plugin to crash Sonic Visualiser with it. Also, the 64-bit Windows build is now able to load both 32-bit and 64-bit plugins, making it compatible with all the existing 32-bit Vamp plugins available for download.

Sonic Visualiser is available for Windows, Mac and Linux.