Sonokinetic has announced the release of a next chapter in its phrase-based orchestral collection. The Largo instrument library for Native Instruments Kontakt and Kontakt Player aims to bring majestic melodies to your compositions. 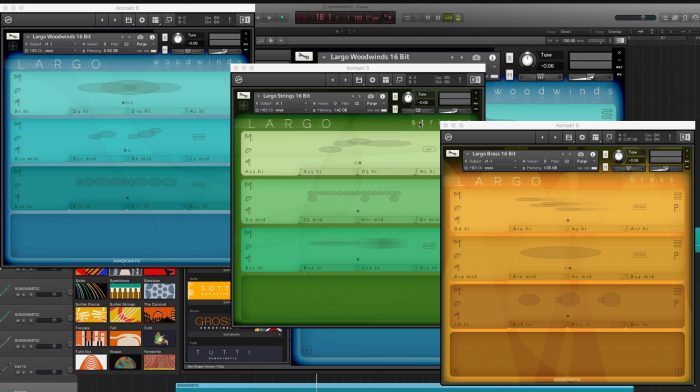 Ever since we started our phrase-based sampling odyssey there’s been something we’ve longed to capture: The slow and stately sound of strings melodies, woodwind chord ensembles and smooth brass lines have been on our wish-list for years. Now, we present “Largo”, a set of performances that typify the kind of scoring of classic film scores and historical features. The emphasis here is on strong thematic writing with smooth, yet dramatic transitions between the notes.

This means legato, portamento, staccato and staccatissimo styles have been captured, as well as harmonics, glissandi and many other techniques which are impossible to reproduce realistically with traditional multi-sampled orchestral libraries. Largo covers many bases with pristinely captured performances available in all root keys.