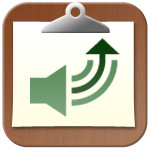 Forty apps from fifteen publishers have implemented AudioCopy and/or AudioPaste and more are coming soon. The AudioCopy AudioPaste SDK code license is free, downloadable, and includes source code, optional UI, instructions, a license agreement, an example app, and a link to a demo video to help developers implement the features into their apps easily.