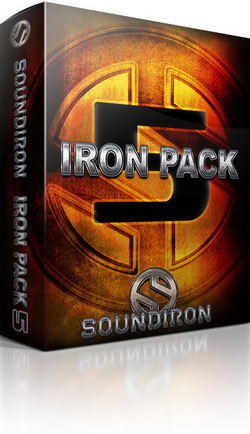 Iron PackIron Pack 05 features nine unique ambient pads and experimental tonal drones derived from multi-sample recordings of a six-string baritone guitar, tuned a whole octave below standard. The main three pluck presets range from clean to a crunchy sustain to a shredded overdrive. We’ve included our favorite controls in the Kontakt instruments, including “Edge” for extreme shaping and a “Wind” convolution reverb selector, with 5 great halls/rooms and 5 creative FX impulses.

Save 62% on Celestial Voices Calypso vocal library by Auddict

Leapwing Audio’s RootOne subharmonics plugin on sale at 20% OFF