Soundiron has announced the release of Magnus, a Kontakt instrument library featuring the sounds of a vintage 37-key analog chord organ from the 1960s. 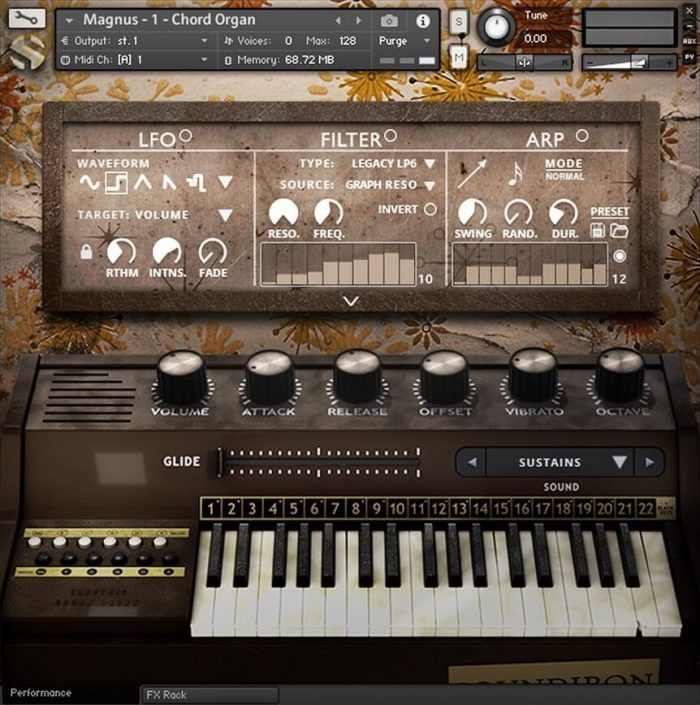 This free-standing, three-octave (with six major chords, and six minor chords) chord organ was originally manufactured by the Magnus Harmonica Corporation. MHC was founded by Danish immigrant Finn Magnus, who supplied American troops with harmonicas in WWII, and later went on to sell millions of affordable electric chord organs and song books until the late 1970s under Magnus Organ Corporation, before being acquired by World Book Encyclopedia who would ultimately cease production.

But fret not! We’ve captured it’s old-school fat, buttery tone, with infinite sustains and tight staccatos. To take this far beyond an ordinary analog chord organ sample library, we’ve also created 20 awesome sound-designed custom chord organ and effects presets and 40 unique sound-designed ambiences that can be played chromatically as atmospheric synths, dronescapes and pads or used directly in your DAW for underscoring and texture.

Soundiron is also offering up to 40% off in a Thanksgiving Sale.

Our annual Thanksgiving Week sale is on now! Score awesome deals on every instrument in our store. Save 30% on all of our Kontakt Player Libraries and save 40% on all standard open format libraries from now until Tuesday, November 28th.

Save up to 50% off Kuassa guitar amp & audio processing plugins