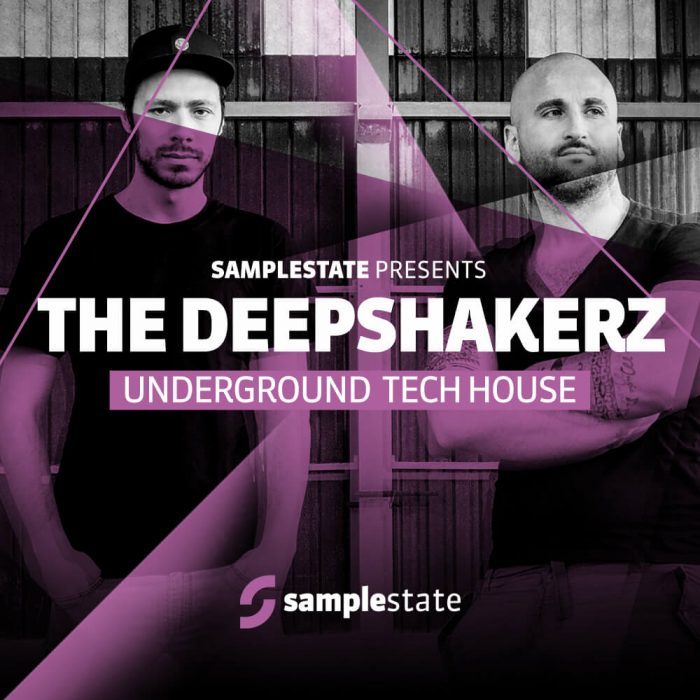 The pack comes with nearly 1GB of loops, one shot samples and sampler patches in all popular formats.

Releasing quality music on respected labels such as Defected, Deeperfect, Toolroom, Madtech, Cajual, as well as curating an amazing catalogue of music with their own imprint Safe Music, has defined their position within the International underground scene.

Their sound absorbs many influences from 90’s Tech-House, to Chicago House, to elements of modern minimal and techno and have always presented their sound with flare and well crafted production skill. No surprising they have been supported by DJs such as Groove Armada, David Morales, Loco Dice, Dubfire, Riva Starr, Mark Knight, Roger Sanchez, 2000 and One, Pirupa, Luciano, Sandy Rivera and many more.

This pack features some amazingly solid and superbly produced drum loops. With 60 unique track ready full drum loops, 75 essential top loops and 45 percussion loops these beats provide such a valuable resource and solid backbone for your next deep, tech or minimal production.

As well as the expertly made drum loops we also give you 36 music loops including chord loops, synths and more. With 35 Heavily processed and track ready bass lines included that rounds off the music loop section. The one shot folder also contains 135 samples, including drum hits, vocals, stabs and FX, pre-formatted for all major sampler instruments such as Kontakt, EXS24, HAlion, and Reason.