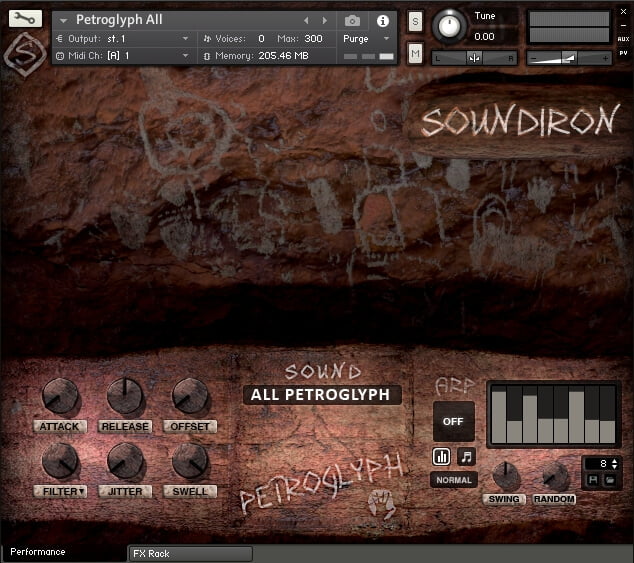 Petroglyph is a stone hand percussion library recorded with a collection of authentic primitive stone artifacts from various North America tribes and cultures from the pre-Columbian era, with some pieces dating back many thousands of years. They include basic tools (mortars, pestles, grindstones, bowls, awls, hammers) and weapons (axe heads, spear tips and arrow heads) in all sorts of shapes, sizes and stone types. The objects are carved from obsidian, serpentine, slate, flint, granite, sandstone, volcanic basalt and animal bone.

The sounds produced can range from heavy grinding scrapes and thuds to thin, glassy taps, clicks, clacks and clinks. We’ve recorded 100 sound sets, each with 8 to 10 round-robin variations for each velocity layer. They’re useful as unique alternatives for traditional hand and drum percussion, electronic percussion, sound effects and game/software user interface sounds. And they have a satisfyingly basic, raw and elemental feel to them that makes them fun to play.