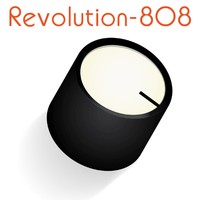 Sounds Outside the Lines has released Revolution-808, a drum machine sample library featuring the sounds of the Roland TR-808.

Although production of the TR-808 stopped in 1983, and only 12,000 were ever produced, by the time Hip-hop had reached popularity a few short years later the 808 – and especially it’s bass drum – became the defining sound of the genre.

The TR-808 is now considered to be the most recorded electronic drum machine of the last 30 years and is still used on countless songs and productions today. From classic R&B and Hip-Hop to Rock and Pop music the TR-808 has been used by artists ranging from Marvin Gaye and Tupac to Pink and Phoenix.

More information: Sounds Outside the Lines